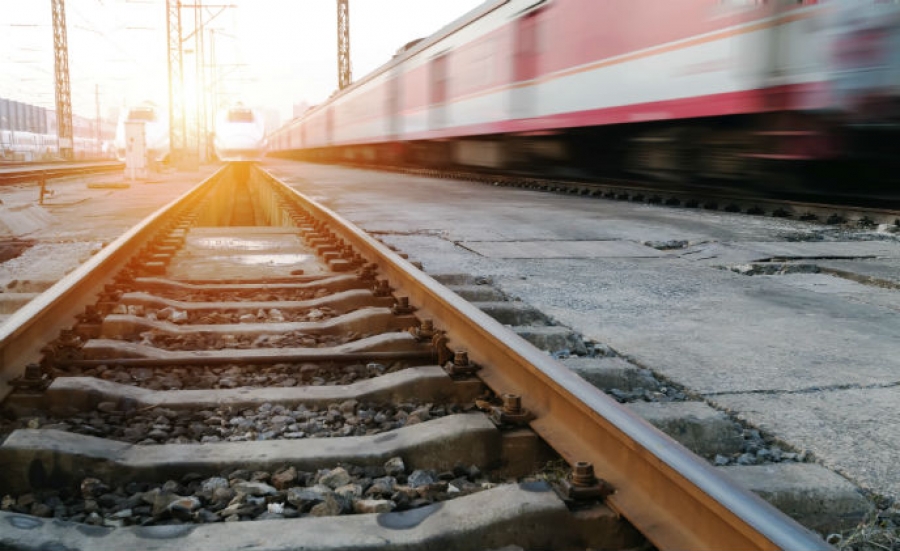 Public transportation is a massive user of surveillance technology. A quick look at a metro station for example will find cameras monitoring platforms, gates, escalators, elevators, etc. This footage is used to ensure the fast flow of traffic and commuters’ safety. Oftentimes, the discussion around surveillance systems for public transportation deals with the choice of the right camera, or choosing video analytics that can detect a person on the tracks or a slip-and-fall event. The challenges of transferring mass amounts of information from stations to the operations control center often stay in the background. In reality, the transfer media is not only a critical choice for the system, but also a costly one that requires detailed attention.

The challenges in designing a scalable network for public transportation include designing a reliable, stable, and secured network. When surveillance systems are part of the network, having enough bandwidth and network load sharing are also important.

“Between stations and terminals, there is a huge network designed for diversified systems’ data to be transmitted and exchanged; the requirements for network security and reliability greatly affect the total cost of the network system,” said Rich Shih, Senior Sales Manager at OT Systems. “The requirement for a network topology that offers faster recovery options in the millisecond level (so that in case of a malfunction the system is not affected too much) are getting more and more popular. Usually public transport operators go for the Cisco network recovery protocols (whose response time is seconds) or choose a proprietary fast recovery ring topology for mission critical system applications.”

Usually, a centralized solution is considered ideal, connecting all the cameras and pulling all the video feeds to a central location through a high throughput connection with high availability and high redundancy storage solution. However, a centralized solution requires high throughput and high bandwidth. The distributed architecture can overcome bandwidth constraints as the recorders and servers are located in the stations. The central control center can then opt for viewing the footage through Internet connection or cellular connection which doesn’t require as much bandwidth as streaming the information to the center.

Fiber and wireless technologies, or a combination of the two, are used to transfer information from station to station or from mobile units (e.g., rail car or a bus) to the control centers.

Fiber optics is used in installations that have to cover large distances or where high bandwidth capacity is needed. Albeit providing secure and reliable data transfer, the costs and work associated with laying this infrastructure are relatively high. On the other hand, wireless solutions do not require human intervention. There is no requirement for a physical connection.

The down side of wireless solutions is that they require a higher degree of expertise on the side of the systems integrator and are also more prone to outside interference. “The traditional systems integrator does a poor job of putting wireless infrastructure, so for that you need a specialized company,” explained Tom Larson, Director of Sales & Engineering at BCD Video.

Budget is the main constraint

The biggest challenge in implementing the ideal infrastructure needed is budget. “Transportation boils down to what is the transfer media, fiber optic or wireless, because this piece of the infrastructure is extremely expensive compared to cameras and storage. The biggest problem in connecting stations one to the other is getting the money to put fiber in place,” Larson explained.

Despite the constraints and problems of connecting systems to already existing fibers, Larson stated that cities that had the foresight to invest in fiber infrastructure 15 years ago are “ahead of the game” today.

“Fiber infrastructure is where you need to go. Down the road we see more fiber optics being deployed in the US market. We see a shift of providers to much larger bandwidth. As we continue to scale up the connection eventually we will be able to stream the video back at a reasonable rate,” Larson said.

Although a buried cable system can serve for many years, making changes to the system is difficult and involves a lot of complicated work. In addition, the high costs of laying a fiber optic infrastructure lead transportation projects to “piggy-back” available municipal infrastructure.

“Generally cities get infrastructure piece by piece for street lights, etc., the cities put in a lot of capacity, so it is possible to tap into the infrastructure. However, the problem is that the fiber is never where the cameras are,” explained Larson.

Can wireless solve the problem?

When fiber infrastructure is not available, wireless networks can offer the flexibility needed to connect the different stations in the public transportation network without the need for trenching. “Wireless is as reliable as fiber, if managed through a good transmission protocol,” said Umberto Malesci, CEO and Co-Founder of Fluidmesh Networks. Wireless is easily scalable and more future-proof as the network updates are more flexible and less expensive due to the fact that there’s no need to dig and rebuild the physical infrastructure.

“Our radios are already built to easily upgrade the throughput without replacing the radio itself. For example, in a case where the user replaces a video surveillance camera with a new model, more demanding in terms of throughput. Typically, the end user’s most important requirement is a secure and reliable wireless system. We have to compete with cabled solutions so the performances of the wireless links should be fiber-like. Based on the particular needs of the transport company, we can deploy point-to-multipoint, mesh, or mobile networks,” said Malesci.

The most significant challenge for wireless networks is to combine flexibility, performances of the wireless networks, and constant link without any decrease in the data transmission for mission critical applications, such as streaming of video surveillance footage or massive data offloads from vehicles to the control room.

This can be done through open standards such as Wi-Fi or WiMAX which is suitable for longer distances. However, these open standards are open to interference and in the case of WiMAX are also technically more complex to implement.

“In order to overcome these obstacles, we at Fluidmesh have developed our own protocol because while standard Wi-Fi is advantageous to interoperability, it cannot provide fiber-like, constant performances,” added Malesci.

OT Systems’ Shih points to cellular operators as another possible solution. “I believe that bandwidth transmission demand will grow dramatically, especially for IP surveillance cameras. Camera numbers will grow to enhance security levels in public transportation systems. Especially in new projects that will always prefer to choose IP solutions,” said Shih. “In the transmission sphere, I can also foresee wireless solutions using 4G, LTE, becoming more possible. They have enough transmission bandwidth for video surveillance, and can be used when there are budget constraints or time limitations to deploy a physical Ethernet network. The telecom infrastructure is mature enough and cellular gateways for video surveillance will grow in popularity,” he added.

Hybrid approach: combining wireless and fiber
The actual installations in the public transportation vertical rely on the available funds at the disposal of end users.

“What public transportation authorities would like to put in and what they can afford are different,” said Larson. “The video you get from the stations is critical, the problem is that in a perfect world they would love to have fiber but often times it is not possible for different reasons.”

The solution is a hybrid approach, for example using wireless to collect video feeds from cameras and then using fiber to relay the information forward. “For example, in Chicago, where the cameras are close to the fiber we bring the video feed to the central location. In another project, in Indiana, a wireless network brings the data to towers and a fiber connection takes it from the tower to the network,” described Larson.

The hybrid approach is necessitated by reality. Funding and existing infrastructure constraints will always be a problem. Luckily, technology now allows systems integrators to mix and match wireless and fiber to ensure network availability and stability and keep commuters safe.

More in this category: « Lenses: A key link in delivering on the promise of 4K KBVISION launches the new video storage and management server »

KBVISION launches a new generation of recorders with artificial intelligence

New generation of recorder with artificial intelligence KX-DA2K8xxxH2 is a revolution in improving the protection...

Quick, Easy, Automated, Affordable… the 4 best decisions I’ve been able to make in less than 30 seconds.

I am very satisfied with camera KBVISION if I ever have a problem with my service it is dealt with immediately with no fuss or bother and have provided an engineer at my convenience and the price is right.